Posted on October 5, 2012 | Comments Off on Staying Connected 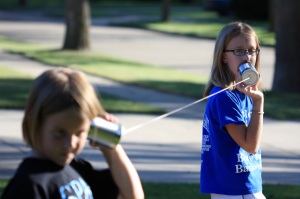 Since as far back as history goes, communication has always been a key factor in any relationship.

When humanity began to move away from each other, this communication became harder and harder to conduct, so we developed many forms, messengers and letter writing amongst them.

But to be able to have an instant communication was difficult, which is what we longed for. Out of this the telephone was invented and when computers came around, there was instant messaging and email.

I write this because I recently upgraded my cell phone and I am amazed at the technology that is now out there.

We truly live in an amazing time as we’re able to Skype and Facetime on our phones. Our communication has never been better.

But there is still nothing like receiving a letter in my mailbox, perhaps on bought or homemade stationary.

The thought that someone took the time to think of what to say, put pen to paper and sent it from the post office always makes me feel special and closer to that individual.

God has given us His written Word in the Bible, and I still am amazed at how He communicated through it.

He had each word carefully placed and written down, and each time I sit and read through it, my relationship and that feeling of being special to God continues to grow.

This entry was posted in Minister's Minute. Bookmark the permalink.