The Game Is Not Over Yet 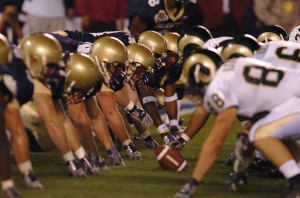 “Game Over.” Those were the words I heard at the end of the third quarter on a Sunday afternoon when my dad and I went to a Tampa Bay Bucs game. My dad would often get free tickets through his work and would alternate taking one of us four kids.

This particular day was my turn. The Bucs had failed to score a single point in three quarters while the opposing team seemed to score every time it had the ball. As a teen, this game was rather dull.

We had entered with high hopes only to have them crushed, and when the fans began to make a mass exodus to beat the traffic home, I became excited this game was finally over.

However, there was still a fourth quarter and perhaps it was my dad teaching me a lesson, but he decided to stay. What happened next was incredible, it was a miracle and the Bucs in the last quarter made an amazing comeback and actually won the game!

Easter was recently upon us and as a pastor, it is always an exciting time. We enter Palm Sunday with great expectations, but then Good Friday happens and Jesus the Christ dies upon a cross. Everyone was thinking the same thing, “Game Over, we lost.”

But on Easter Sunday, Jesus rises from the dead and announces that He had won our salvation and forgiveness of sins. “Game Over. Amen.”

This entry was posted in Minister's Minute. Bookmark the permalink.